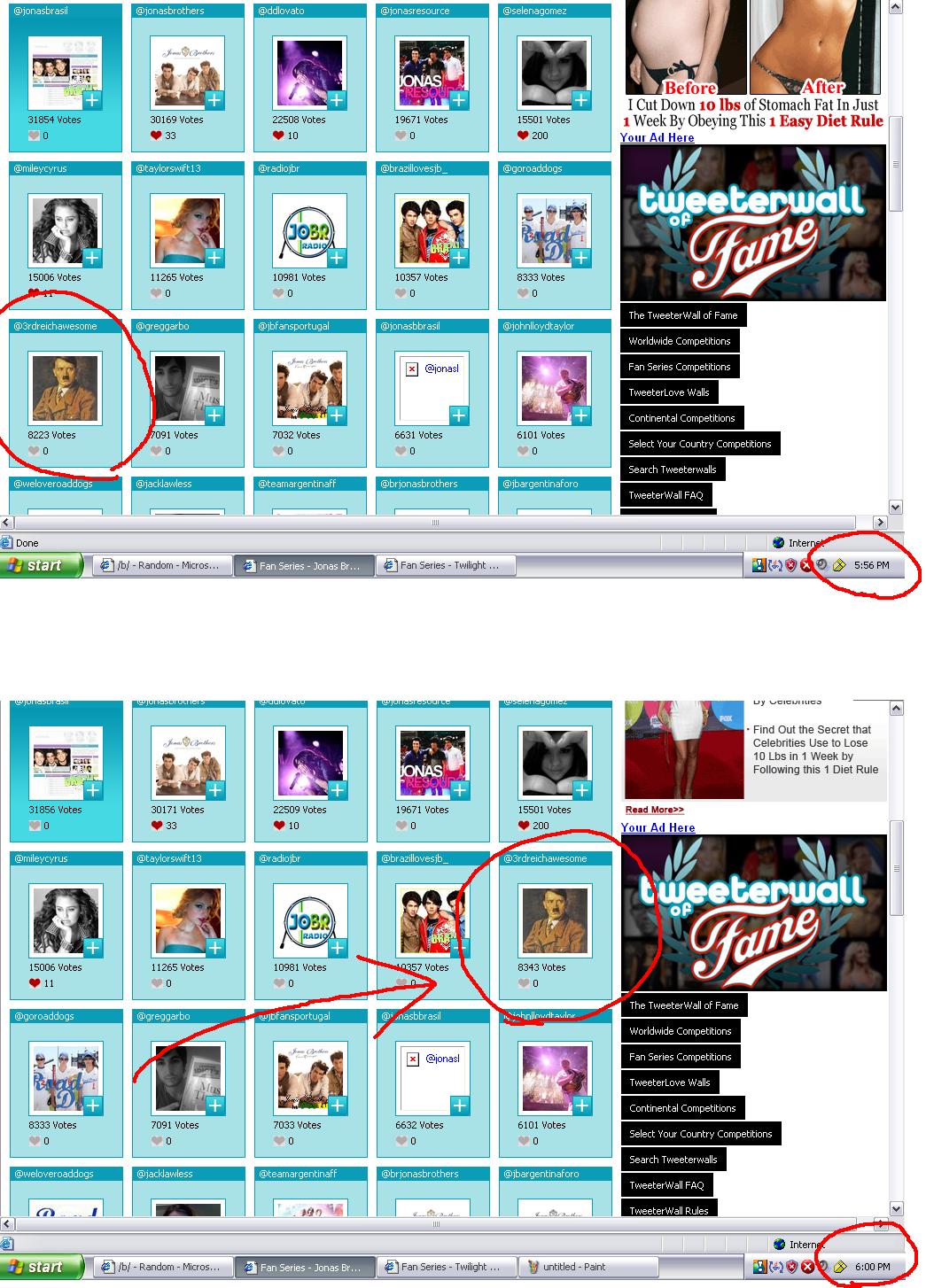 On the evening of Sunday, 6 September 2009 (the last modified date of the image above), I was browsing /b/ when I came across a thread urging us to all go to some Web site which was holding some sort of popularity poll of Twitter accounts, and to then vote for the @3rdreichawesome account, no doubt a troll account that was using a portrait of Hitler as the profile picture. Messing with online polls is a long and lulzy /b/ tradition (remember how we managed to make moot the winner of the Time 100 poll in 2009?), so I decided to participate by heading to the site and casting my vote for the @3rdreichawesome account.

Compared to other 4chan pranks, this poll was a rather minor affair; I only remember it and write about it here because I happened to take a screenshot of the site that day. When I first went to the Web site, the Hitler account was in 11th place (the @jonasbrasil account was 1st), but, as you can see from the image, in only four minutes we managed to push him to 10th place. Unfortunately for us, though, I recall that, later on, that Web site took notice of our antics and removed the @3rdreichawesome account from the poll.

Notice that 8 of the top 9 accounts are those of either Demi Lovato, Selena Gomez, Miley Cyrus, Taylor Swift, or have something to do with the Jonas Brothers (I can't tell for sure what the @radiojbr account is about, but it seems to me to also concern the Jonas Brothers); I imagine that a lot of 12-year-old girls using the site that day learned a bit of history: 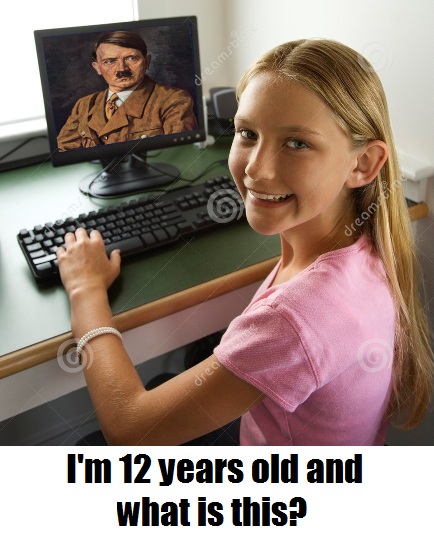