Pepe has been posted on 4chan for at least a decade now, but originally he was little more than a smiling cartoon frog with the catchphrase Feels good man. He has grown and changed over time, though, and a few years ago, when /pol/ began to draw him in Nazi clothing for fun, the Anti-Defamation League (ADL) took notice and proceeded to freak out over an Internet meme of a cartoon frog, and afterwards decided to officially list him as a hate symbol: 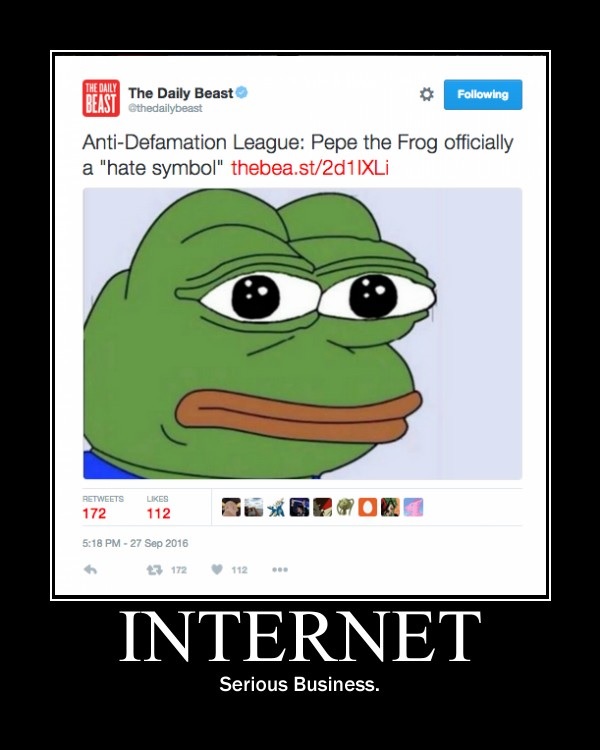 We at /pol/ all found it absolutely hilarious when that happened.

It's been more than decade since I first encountered the phrase The Internet is Serious Business, and it would seem that the sarcasm of it has eluded the ADL. (And, yes, the demotivator is OC.)