The Internet Fun Machine is a Team Fortress 2 community server which I co-own with nether. It is a rules-free (AKA anarchy) server with a very carefree and chaotic atmosphere, a unique map rotation containing many custom maps, and an orientation towards both the 4chan and the wider imageboard community. I eagerly invite all 4chan users—particularly oldfags—to come and play on the game server, which may be accessed at internetfunmachine.net:27015 or the IP address 51.79.74.40:27015; in addition, there is also an IRC channel, #internetfunmachine at irc.rizon.net, which I also encourage everybody to join.

In the course of co-owning the Internet Fun Machine I have produced some content specifically for the server; currently this consists of two SourceMod plug-ins and two maps. I see no need, however, to confine this material only to the server, and have therefore made it all available for download here, for any who are interested. All the plug-ins and maps are released under the Do What the Fuck You Want to Public License Version 2.

This is a simple SourceMod plug-in which imitates imageboard greentext and redtext functionality in the Team Fortress 2 chat box, as can be seen in the image below.

It requires the Chat-Processor plug-in to function. (In the future I might possibly rewrite it to remove this dependency.) I have only tested the plug-in for Team Fortress 2, but it should work in any game which is supported by Chat-Processor.

To install, place the greentext.smx file in the addons\sourcemod\plugins directory. The plug-in defines two ConVars, sm_greentext_enable and sm_redtext_enable; their functions should be self-explanatory, and both have a default value of 1. Additionally, upon first load, the file greentext.cfg is automatically generated in the cfg\sourcemod directory, which may be edited to set the values of the two aforementioned variables.

I have also made available the plug-in's source code (SP, 1.67KB), compilation of which requires the chat-processor.inc file of Chat-Processor.

This is a SourceMod plug-in which, upon entering the command #fortune in the Team Fortress 2 chat box, prints a random 4chan-style fortune message immediately following the command, as can be seen in the image below.

Although I have only tested the plug-in for Team Fortress 2, I believe it should work in any game that is compatible with SourceMod. To install, place the fortune.smx file in the addons\sourcemod\plugins directory. The plug-in defines the following ConVars:

The values of these ConVars may be set by editing the fortune.cfg file, which is automatically generated in the cfg\sourcemod directory upon the plug-in's first load.

This is a port of a somewhat well-known Counter-Strike map. It is a deathmatch map with 24 player spawn points, and, unlike other ports and remakes that I have encountered, is an extremely faithful reproduction of the original: nothing has been added or taken away, and I have even included the original textures from Counter-Strike and Half-Life. 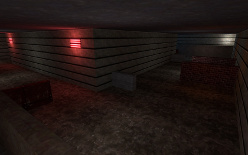 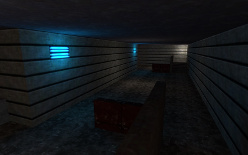 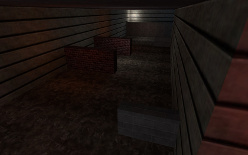 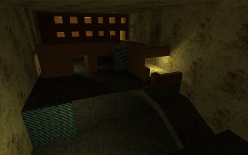 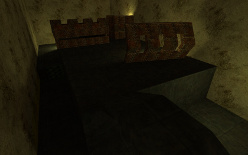 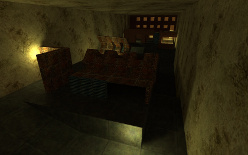 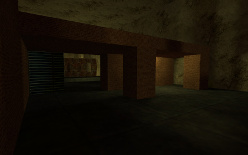 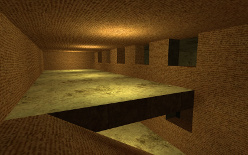